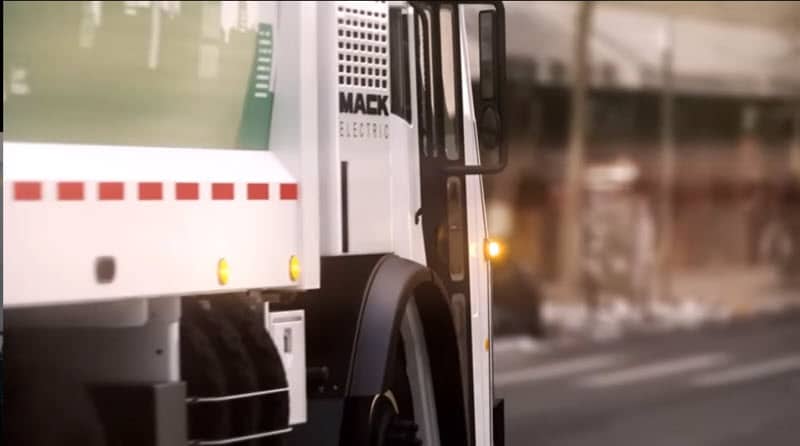 Mack Trucks finally unveiled their fully electric Mack LR truck. New York City’s sanitation department will begin utilizing the state-of-the-art vehicle on its routes and its results will be analyzed and review to see if the technology is beneficial to collection routes.

The Mac actually houses two motors that are 130-kW Together have a horsepower of 496. Though electrically powered the Mack Truck can give the same level of power and stability that trucks with traditional engines can.

The unveiling has been anticipated for quite some time as the city of New York has been planning to increase its environmental efforts and reduce fleet maintenance costs with similar rollouts of electric technology.

These advancements will benefit said routes will affect the city's bottom line and ensure its citizens get an even better refuse collection service.

The new electrically powered Mack truck is a brilliant innovation that allows for low noise emitted from the engine and introduces clean energy into the world of heavy trucking.

Dirty Energy Used By Most Cities

Typically, heavy trucks cause much environmental damage and until now there have been no viable solutions to solve the damage caused by the dirtier energy these industrial trucks produce.

These traditional types of large vehicles are used by cities all over the US at stunning rates and most still use environmentally damaging engines.

This new advancement, if tested and proven to be a viable option for cities, could change the environmental Landscape by a large margin. City-operated vehicles contribute to greenhouse gases significantly.

Reducing greenhouse gases has been a goal of New York City for a while and they aim to decrease these greenhouse gas emissions by 80% by 2035. This new electric Mack truck will be a major benefit to that goal.

New York is actually the first to test this new electric Mack truck and several different factors will come into play when analyzing the performance of the vehicle. This includes the capacity of the payload, the range in which it can operate, and the actual functionality of the vehicle.

Another company called Nikola is promising to bring to market a semi-truck that utilizes hydrogen fuel cells to power its engine. However, they have not made the vehicle available to public or private users as the Mack Truck company has.

Companies may use city and state departments to test their environmentally friendly Vehicles as many cities often have the infrastructure to accommodate real-world testing.

Demonstrations were held in Allentown, Pa. and included the mack truck being driven around a testing course. This testing course mimicked real-life situations such as stop and go traffic and extremely tight turns so as to give the testers the best understanding of what it would be like actually having to drive this vehicle.

Preparing Your Truck and Yourself For Winter Driving

Girl on a High Wire between two speeding Big Rigs